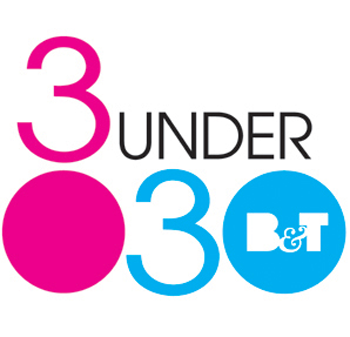 Tanya Moore scooped the pool to take the most votes and win the People’s Choice Award at last week’s 30 Under 30 event that recognised the industry’s best newcomers. Here, the 27-year-old digital marketing manager from Sydney’s Conn3cted reveals her well-travelled past and thoughts on our digital future…

You had a rather interesting childhood?

I grew up around south-east Asia for most of my life; it was a real ex-pat sort of lifestyle. I lived in Indonesia for eight years, Thailand for eight years and then Hong Kong, and we finally moved to Australia about 10 years ago.

What did you study when you left school?

I initially studied fine arts and theatre and I wanted to be a fine arts teacher but I ended up doing a marketing/PR course at the end of it and that’s how I got my job at Conn3cted and I’ve been here for two years now.

There are claims you used your social media skills to help enhance your People’s Choice vote. How would you respond to that?

Ha, ha, I definitely did. I used a lot of what I’ve learned at working at Conn3cted and I certainly used all my relationships that I’ve built up over the years and I guess I reaped the reward of that.

Your Conn3cted bosses really encouraged you to get involved in 30 Under 30. Do you think newcomers to this industry don’t always get that sort of support?

When I saw the B&T 30 Under 30 I approached my boss Jay Hannant and asked him should I go for it. Sure, I’m still young but I didn’t necessarily feel I’ve made something of myself just yet. And Jay really encouraged me, he said, “Go for it! See how you go. You’re more than what you say you are, what you think you are and you’ll probably be surprised by the outcome”. And then the directors really helped me with the resources in the business. That was the really great thing for me, that not only did they say they’d be supportive, they put action behind it. I think a lot of time young people get a lot of positive words but don’t get a lot of positive action from their bosses.

It’s often said it’s a tough industry to get a start in for young people. How was it for you and what’s your advice for other young people wanting to get a leg in the door?

Yes, it’s a very competitive industry. That said it’s a fast-growing industry; digital, marketing, media, and all the technology; it’s growing at such a rapid rate. I think the one advantage young people do have – us Millennials – is that we’ve grown-up with the technology, with that mindset and I think young people are good at using that technology and bringing it back to media and marketing; it’s something we do naturally. But I think sometimes in this industry, the difficulties and the barriers that young people face are around communication. And by that I mean communicating that technology with marketing or technology with media and advertising and that can be a barrier for young people.

And your advice for someone wanting a career in digital and marketing?

I think you need the basics behind you and that should be a degree in marketing or communications or PR that gives you the fundamentals. But you also have to live and breathe it, you have to be actively involved in it, know what’s trending, know the new terms and the buzzwords, know what the new platforms are. You can do all the learning but it doesn’t mean much if you’re not actively involved in a large way. It’s about being educated and being utterly involved and then you’ll be on top of your game.

Where do you see yourself in the next few years?

I’d love to start my own digital social agency. And that actually came from the 30 Under 30 event itself. To see all those winners, I checked them out online and they were all directors of their own digital companies and I was like ‘if they can do that then I can do that’ and I think that’s the best thing to come out of the event.

What you do – social media and digital marketing – appears to evolve and change at an alarming rate. Where do you see it going over the next few years?

With digital and social, most businesses look it as a buzzword; they think this is what we need because that’s what our consumers want. They think ‘let’s have it’, they don’t really think any more than that. They don’t think ‘why do we need this?’ and they don’t think how to truly build a digital business from the ground up. For a lot of businesses it comes at the tail-end, it’s a plug-on at the end of the business. Most businesses’ social media strategy is to get a Facebook page and throw out a few posts, but for it to be really effective you need to understand why you’re doing it. You need to ask yourself who you are targeting and why? And I think businesses often get that wrong, they jump in without thinking why they’re actually doing it in the first place.

And crystal-balling ahead, how do you see the digital landscape playing out?

We’re in the middle of this massive change; marketing in particular. You only need to see all the new terms that are popping up and new job titles – digital marketing and data marketer and direct marketer or whatever. The future will be very digital and data focused and that scares me a little bit, this idea you are able to be tracked and measured and monitored through that new wave of digital and data marketing. I think we’re seeing less of the storytelling and connecting with consumers, instead computers are telling us what to do and think and say. A part of me is excited by that, but the other part of me thinks that’s a little bit scary too. Science is driving marketing instead of creative.
Posted by John Bastick
Original post seen on B&T Media here.